If you are looking at sites for your rifle or AR-15, you have likely come across red dot and reflex sights. Both of them are great to use and have their advantages. They are often mistaken to be the same sight, but they do have some slight differences.

While one may be great for one scenario, the other may perform better in other areas. If you are unsure of which one would suit your needs best then look no further.

In this article, we will be taking a closer look at both the red dot and reflex sights and comparing both. We will be discussing what each sight is, its benefits, and its limitations. We will also be comparing them both so you can see how they perform.

We hope that this article will help to educate you on the differences and give you a better understanding of sights overall. 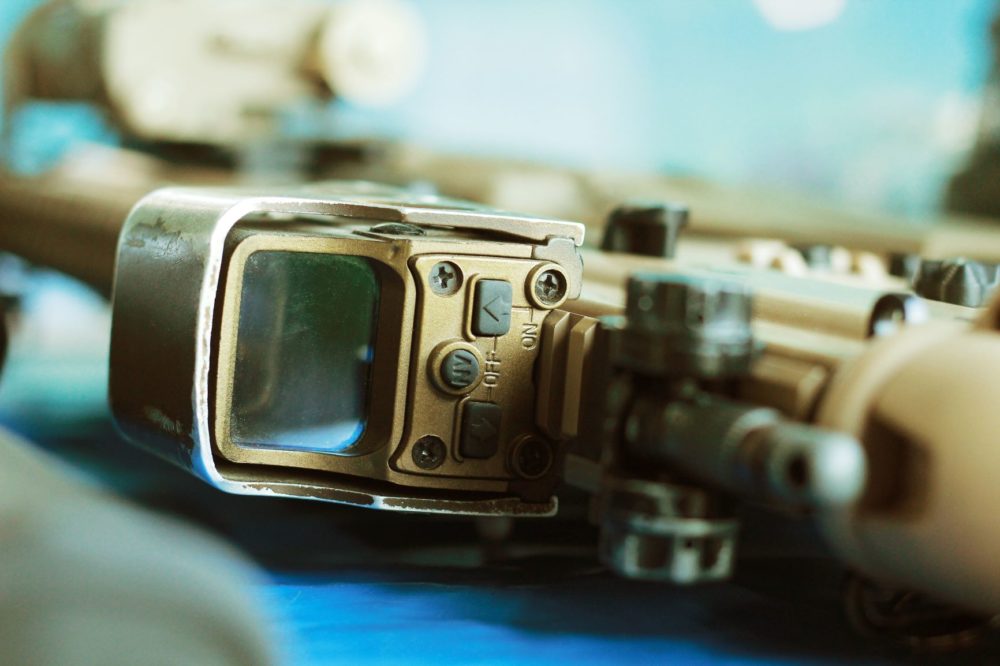 What Is Red Dot Sight?

The red dot sight was created in the 1970s and is a popular choice. The quality of the sight has improved significantly over recent years. When they were first created, red dot sights only tended to be used with larger rifles.

However, as the quality of the sights improved, smaller sights were created to be used with smaller handguns too.

A red dot sight is best suited for close to medium ranges. If you are looking for a long-distance sight, this would not be the most suitable option. As the name suggests, the red dot sight has a red dot placed in the center of the reticle.

It is worth noting that you can also get green dot sights, but these tend to still be referred to as red dot sites.

It is worth noting that red dot sight tends to be a general phrase used to describe all of the sights that use a red dot sight, which includes the reflex sight.

What Is Reflex Sight?

A reflex sight is one of the most commonly used sights. It is called a reflex site because of how the light interacts with it. The sight contains the red dot that is created with an LED light. The light is displayed on to the lens in front of it, when it hits the lens, it is reflected into your eye.

A reflex sight is one of the more affordable options and these sights tend to be lightweight. They come in two different styles, tube and exposed. Comparing Red Dot And Reflex Sight

While these sights are fairly similar they do some with their differences, which we will be discussing.

The first main difference is the field of view. Reflex sights have a wider field of view overall. This is due to their Heads-Up Display design. This is a major advantage as it allows you to see more of your surroundings while you are focusing.

While the red dot sight is good, the reflex sight will give you a better idea of what is coming and will allow you to react quicker. As you can see your surroundings you will have an overall advantage.

The field of view does make a difference, especially when hunting or shooting birds for example. If the object or animal you are shooting is particularly quick, the wider vision will benefit you.

Another difference between both of these sights is the speed. While they are both very quick in how they focus on a target, the reflex sight is slightly quicker.

We are talking about very minute differences here, but the more you get used to each sight, the more likely you will be to notice this difference.

When you compare both sights, the red dot is slightly better in some ways. The red dot sight is covered and housed, this stops it from becoming affected by weather and light.

You will still be able to see your target. With reflex sights, the path of light can become disrupted if the sun is glaring on the lens or due to other weather conditions.

Given this, it is not always the best option in certain weather and light conditions. The last you want when you are using the reflex sight is to lose the reticle.

You can purchase reticles that are more covered over. This helps to prevent elements from affecting the reticle and is certainly worth looking into.

Both of these sites are easy to use. However, the red dot sight tends to be preferred for beginners.

They both find their targets easily.

In terms of the price, they are both fairly reasonable.

However, reflex sights tend to be less expensive in comparison to red dot sights.

They both have long battery life and are reasonably priced. They are great sights for beginners to start with as you can find and shoot your target easily. In addition to this, they are lightweight and can be switched on to other guns.

Overall, they both have their advantages and limitations. The sight that you choose will be down to your personal preference.